What do Russians drink?

Here is a list of most common Russian drinks: 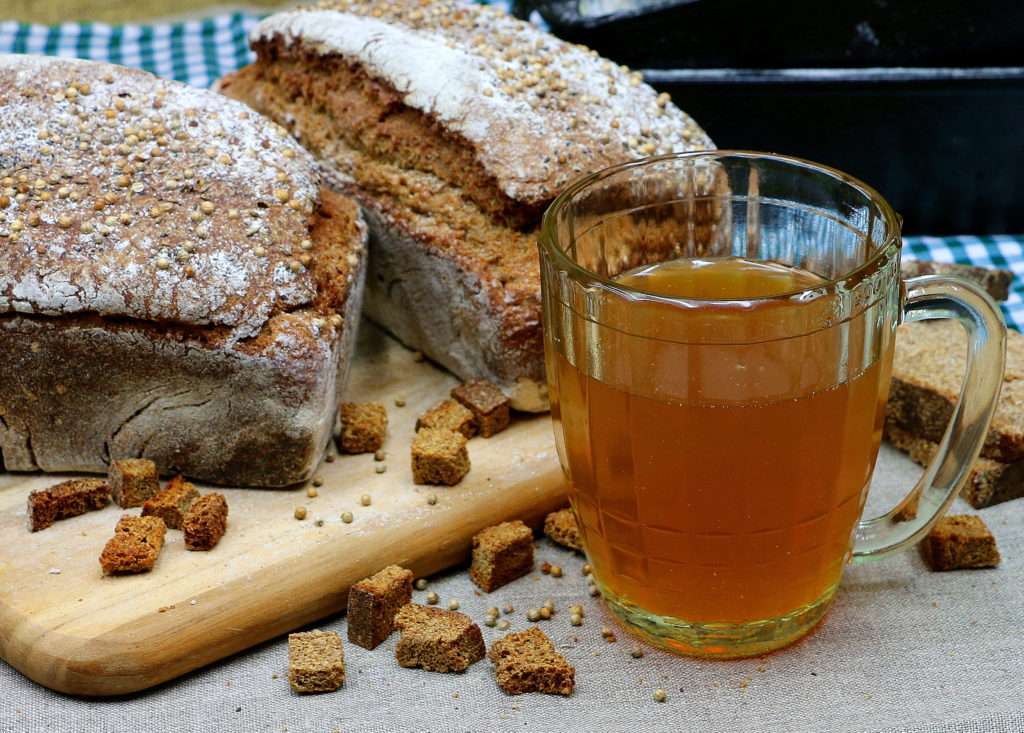 Basically it´s a drink made of rye bread, water and yeast.

It is difficult to determine who invented kvass first, as similar drinks were mentioned in Ancient Egypt. Kvass or similar products were prepared everywhere, but due to weather conditions and the actual raw materials, it took root in Russia.

Russians used to drink kvass  every day and sometimes gave it the properties of a sacred drink or talisman. For example, the girls watered their shelves in the bath(banya) during the ritual washing before the wedding, and men sometimes put out a the fires that occurred due to a lightning strike with the kvass.

it is non-alcoholic drink (or very low alcoholic, about 1%), a bit similar to a beer and cider.

Drink made of berries (lingonberry and cranberry), water and sugar.

Mors is still a very common drink, full of vitamins and with a sweet-sour taste. It is non-alcoholic drink. This is a thick fruit or berry drink, gelatinous consistency by adding starch. Jelly can be cooked from anything; as a rule, fruits or berries are boiled in water, add sugar to taste, and then stirred into the broth starch — to achieve the desired density and consistency.

In Old Rus kissel was much thicker, more similar to a pudding or porridge. It was not a drink, but a separate dish. Only in 19th century it became more liquid and transformed into dessert and drink. It is non-alcoholic. Alcoholic drink based on honey. This is the most traditional Russian drink, mentioned in many historical works. In ancient times the technology was quite simple: to bury mix of honey, water, berries for up to 15 years in oak barrel until fermentation led to an increase in alcohol degrees. Later Russians started to boil it and add yeast, so the process accelerated. Normally it is from 5 to 12 %.

Nowadays the best medovukha is in Suzdal and Velikiy Novgorod.

These three drinks are made of soured milk and can be compared to liquid yogurt. Kefir is more sour, and probably more common in Russia. Nowadays it is a famous product for weight loss and have a unique set of bacteria and fungi included in its composition. It takes its origin from Caucasian region.

Prostokvasha is similar to kefir, but less sour, and also characterized by high digestibility, energy value, has a beneficial effect on the intestine.

Ryazhenka is based on baked milk, and it is cream-colored compared to white kefir and prostokvasha.

All three beverages are commonly used in daily Russian life as a drink, in culinary, as a cosmetic product (face mask, hair mask). 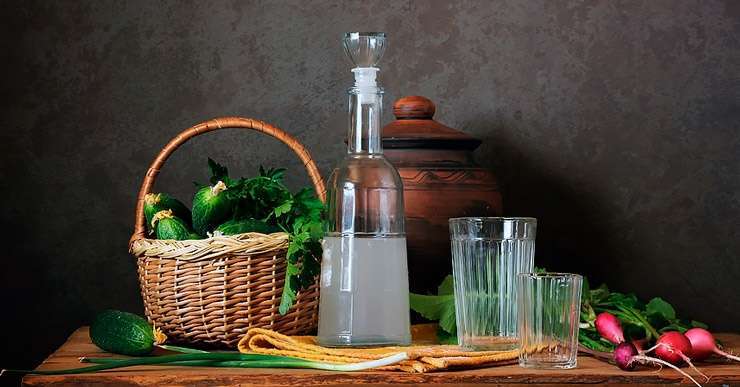 Every country has its traditional strong alcoholic drink: moonshine in USA, rakia in Bulgaria, grappa in Italy, chacha in Georgia, puntikka in Finland and more.

Samogon is cheaper and faster to make than vodka. But it is also more muddy, containing more inpurities.

Originally samogon was made of malted grain, but today it is mostly made of sugar, beets, potatoes, bread.

Due to comparably simple production process homemade samogon is common in Russia. You can even buy a small hooch for personal use.

Vodka is made with different technological process: rectification, or separation of mixtures between steam and liquid.

It is funny that words "voda" (water) and "vodka" differ on only one letter.

Officially vodka has 40% of alcohol and for many centuries has been the most popular alcohol drink in Russia.

Want to learn more facts? Book one of our tours and discover Russia with us!