10 facts about the USSR you didn´t know 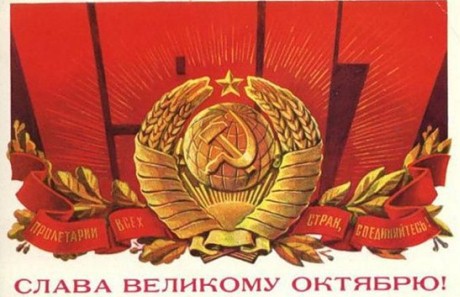 USSR (Union of Soviet Socialist Republics) was a huge socialist state on the territory of Eurasian continent. It started to exist in the 1922 as a result of revolution led by Lenin and collapsed in the 1991 because of general disillusionment in the ideas of communism.

It all started way before the 1922. WWI influenced the worldview of many opposition members, who hid their activities in pre-revolutionary times. The outcome of the war has given them confidence, and began to emerge revolutionary circles in the Russian Empire. Groups of young people more openly expressed their dissatisfaction with the royal power. The result of this was the 1917 October Revolution.

In 1917 the Bolsheviks, led by Vladimir Lenin, overthrew the provisional government which previously replaces the Tsar. They started a civil war between the counter'revolutionary ¨Whites¨and revolutionary ¨Reds¨. December 30, 1922 the formation of the Union of Soviet Socialist Republics was approved at the First All-Union Congress of Soviets.

So here are 10 facts about the Soviet Union that you might not have known:

1. Kalinin led the countre the longest

3. The country with the size of a continent

4. The boundary of a half equator

The Soviet Union had the longest border in the world, more than 60 000 kilometers, and borders with 14 countries. Curiously, the length of the borders of modern Russia is almost the same - about 60 900 km. At the same time Russia is bordered by 18 countries - with 16 recognized and 2 partially recognized.

5. The highest point of the Union

The highest point of the Soviet Union was a mountain in the Tajik SSR with altitude 7495 meters, in different years, bearing the name of Stalin Peak and Communism Peak. In 1998, the Tajik authorities have given her a third name - Somoni peak, in honor of the emir, who founded the first state of Tajiks.

6. The triumph of Soviet science and technology

During its existence, the Soviet Union officially participated in three wars - the Soviet-Finnish war of 1939-1940, the Great Patriotic War of 1941-1945 in the Soviet-Japanese War in 1945. All of these armed conflicts resulted with the victory of the Soviet Union.

During the existence of the USSR Soviet athletes participated in 18 Olympics (9 Summer games and 9 Winter games), won 1204 medals (473 gold, 376 silver and 355 bronze). According to this indicator, the Soviet Union still ranks the second place, second only to the United States. For comparison - running third UK has 806 Olympic medals, with 49 participating in the Olympic Games. As for the present-day Russia, it takes 9th place - 521 medal after 11 Olympics.

From November 1941 there was a tax on childlessness, which amounted to 6% of salary. It was required to be paid by the childless men from 20 to 50 years old and childless married women between 20 and 45 years old.

In 1959 Moscow hosted the American National Exhibition, where Khrushchev offered to try Pepsi-Cola. He agreed, and unwittingly became the advertising face of the company, as the next day photograph in which the Soviet leader drinks Pepsi has been published in newspapers around the world.